The quest to capture the energy of the Sun to power the Earth – to essentially bottle a star – has long inspired great scientists. This was the life’s work of Dr. Tihiro Ohkawa (1928–2014). 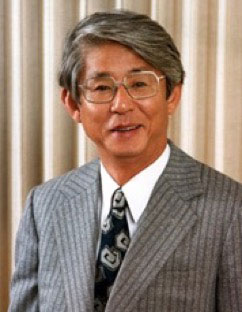 Dr. Ohkawa worked at General Atomics (GA) for 34 years, from 1960 to 1994. GA’s success in fusion research owes a great deal to his wise leadership, vision, and thoughtful preparations. Each of his projects had clear objectives, and once the objectives were met, he moved to the next challenge. Ohkawa’s keen skills in project planning and management allowed GA to compete with national laboratories having much greater resources. He made timely and effective decisions, with eyes toward social events in general, not just fusion science.

When GA announced a plan to create a web memorial, friends and family sent many remembrances to us describing their experiences with Dr. Ohkawa. After gathering recorded interviews, both with Dr. Ohkawa and with his colleagues, it became very clear that his life involved many dramatic moments. Thus, this memorial should be viewed as a set of lifelong stories told from the standpoint of not only science, but also of the world in which Ohkawa lived and worked.

These individual contributions are notable for the sincerity of the feelings expressed by each. Accordingly, they are mostly presented without editing or additional summaries. The exceptions are contributions and interviews, particularly those describing Dr. Ohkawa’s early life, that were originally written in Japanese and have been translated into English. In addition, some of the references, such as interview records, are quite long.

This great diversity in contributions could present a challenge for some readers to understand the related dramas and the scientific and social events behind them. In creating this overview to introduce the body of material, we were mindful of Dr. Ohkawa’s example. He relied heavily on what he saw himself and what others directly told him, and he did not place much trust in secondhand information. Also, Dr. Ohkawa always looked forward – he did not like to rehash past events just for the enjoyment. He even declined some interviews that were requested for fusion archives. Accordingly, we tried to follow his approach wherever possible.

We also hope this outline will serve as indexes or a table of contents for the Ohkawa website pages. The original contributions are immediately available by clicking names or references. We recommend that readers review the original materials with a help of this outline.