A New Road in Fusion

Ohkawa had a strong belief in his path for fusion energy: “Once fusion ignition (fusion power created is equal to input heating power) is demonstrated, a natural stream would be created in the world to push it up to the goal, a fusion reactor.”

Anne Davies recalled, "Tihiro had an extremely active mind, and he was continuing to innovate. Even after Doublet III construction started, Ohkawa invented a variation of the Reversed Field Pinch concept he called OHTE (Ohmically Heated Toroidal Experiment; also Japanese for "check!" in a game of chess)”. 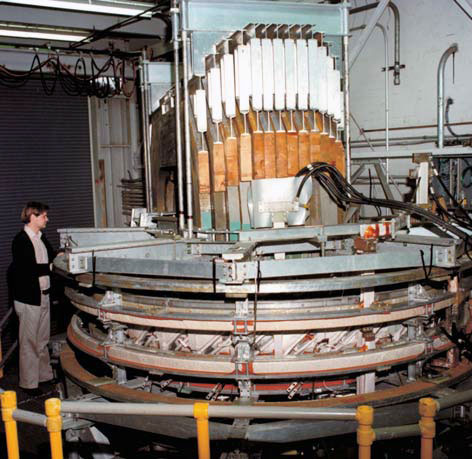 OHTE with the iron core to run more plasma current 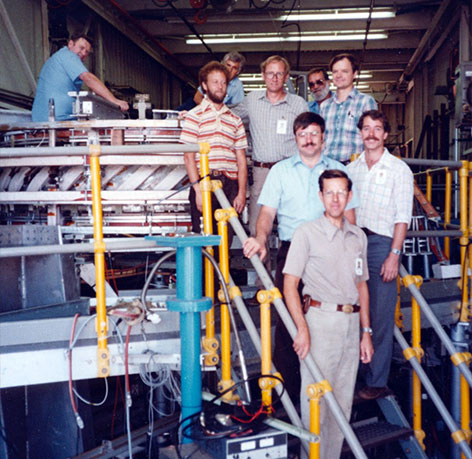 Ohkawa created the design of OHTE with GA internal funding, but around that time, Phillips Petroleum Co. was looking for a project in which to invest. An inquiry came to GA through former division director Fred de Hoffman, then head of the Salk Institute. Again, Ohkawa was ready to raise his hand with a proposal, and OHTE became a joint project between GA and Phillips.

OHTE was intended to demonstrate ignition by Ohmic heating alone, which if successful, could be accomplished much faster than a magnetic fusion approach. After successful operation of the OHTE experiment, a scaled-up OHTE II under private funding was seriously considered.

Unfortunately, the experiment took place during a period when both Gulf Oil Corp. (the then parent company of GA) and Phillips Petroleum Co. had to defend themselves against hostile takeover attempts, efforts that pulled funding away from research and development activities such as OHTE II. Though OHTE II was never realized, Tamano recalled, later discussions on OHTE II involved top management of DOE (with Los Alamos National Laboratory) and Canada (with Ontario Hydro) together with GA and Phillips, showing the seriousness of the parties towards the OHTE II approach.

During OHTE operations, Ohkawa came up with a series of improved reversed field pinch ideas: Multi-pinch and Helical-pinch. A Multi-pinch device was constructed to test the idea. However, it turned out to be unstable against up-down asymmetry, but, nonetheless, contributed to the proof-of-principle for the basic physics used under reversed-field pinches. The helical pinch idea could not be experimentally tested before the private OHTE funding ended.

Ohkawa recalled that OHTE and the Holy Grail (dc Octopole) were the two experiments he was most proud of. (AIP Ohkawa interview; Steve Dean)

After the invention of the laser in 1960, word of a new effort utilizing lasers as a fusion energy source sparked Ohkawa's interest, noted veteran GA scientist Ken Schultz. However, because Ohkawa was a Japanese citizen at the time without a security clearance, he was prohibited from continuing his inertial confinement fusion studies, and his work was not declassified until the mid-1980s. Steve Dean praised his efforts, acknowledging that Ohkawa’s evaluations of laser fusion potential at that time were correct. 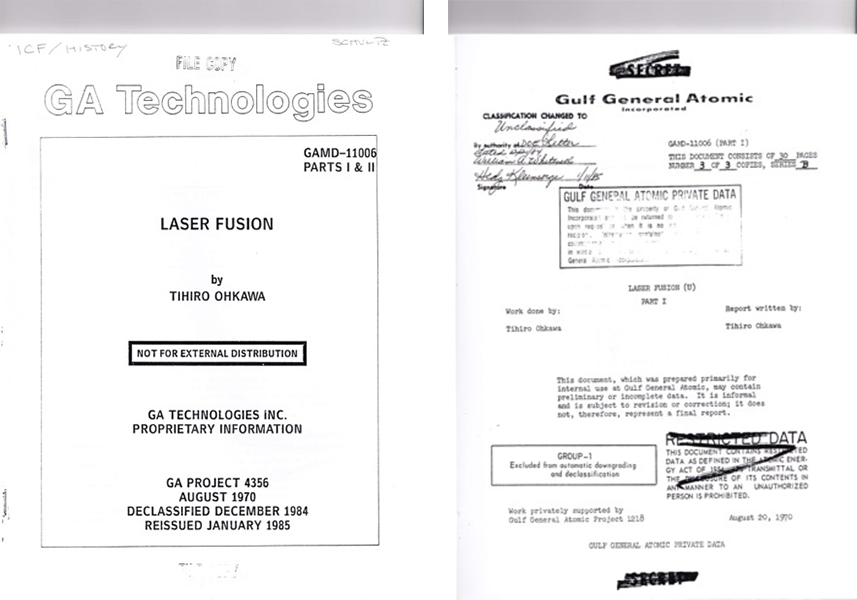 Ohkawa’s GA internal report for laser fusion, once classified in 1970, was declassified and released in 1985.

This potential has seriously been pursued at Lawrence Livermore National Laboratory (LLNL), France, Japan and in several other places, although some of the work is still classified. [Ken Schultz; Ken Fowler; Steve Dean]

Ohkawa’s work on the development of fusion power marked him as a truly significant scientist of the 20th century and earned him the prestigious James Clerk Maxwell Prize for Plasma Physics by the American Physical Society in 1979. Yet Ohkawa’s primary recognition was physics, and he was also awarded the Lothar Nordheim Award for outstanding nuclear technology contributions from the American Nuclear Society in 1986.

In addition to his involvement in developing the early Japanese Fusion program, Ohkawa also served as a member of Research Council of NIFS [Osamu Motojima; Akio Komori; (NIFS)] and as a consultant for JEARI in Japan, providing them useful advice for their fusion research programs. 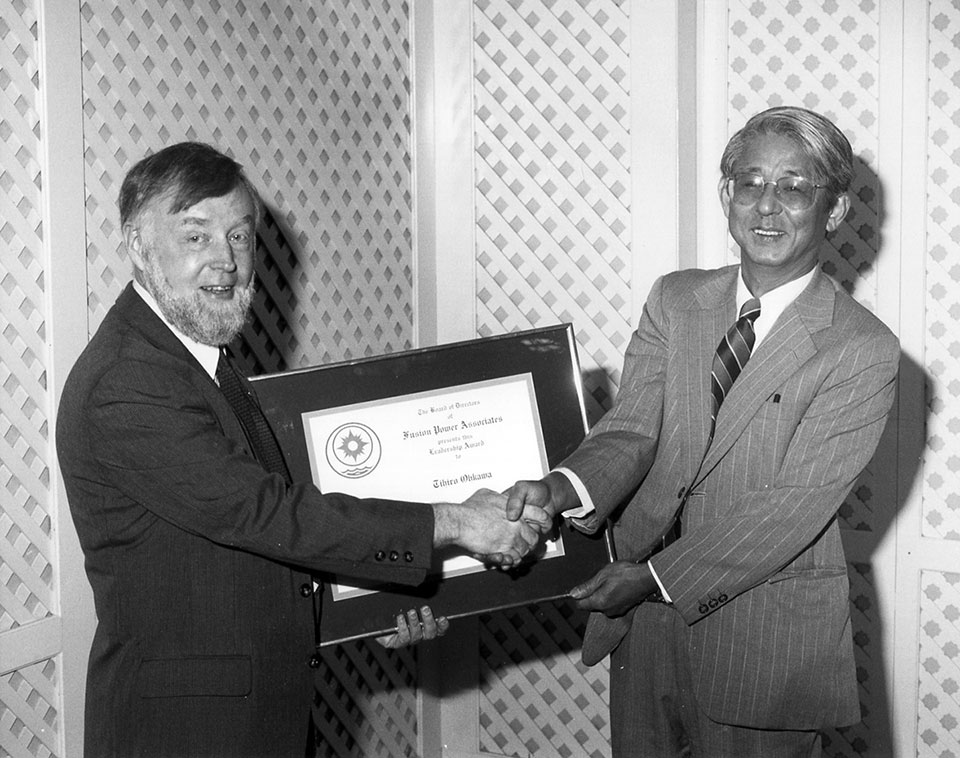 Anne Davies (former director, DOE/ERDA fusion program) said, “His curiosity seemed to know no bounds, and when he was curious, he had a way of making a major contribution to that research area. We were so lucky that he spent the majority of his career being curious about and contributing to fusion research.”

Ohkawa was also an adjunct professor of physics at the University of California, San Diego, and he educated his graduate students at GA, though he did not assign them directly to the GA fusion projects.

In later years at GA, Ohkawa initiated a group called the “Institute” to create innovative new ideas in various fields outside fusion, such as rail guns, biotechnologies, electromagnetic systems, materials science, and so on. He continued these creative activities after his retirement from GA. [Bob Miller; Richard Freeman; Masana Nishikawa]

Freeman recalled how one summer, Ohkawa taught himself biology to enhance his conversations with his children, who were studying it in school. He immersed himself so deeply in the subject, he ultimately began biology-based research at GA. His scientific interest was so wide-ranging that in 1986, Ohkawa began an Institute for the Development of Advanced Technology at GA. While he maintained an interest in the fusion division, Ohkawa assembled innovative teams in many areas, from plasma physics to molecular biology. (Sumie Kobayashi) 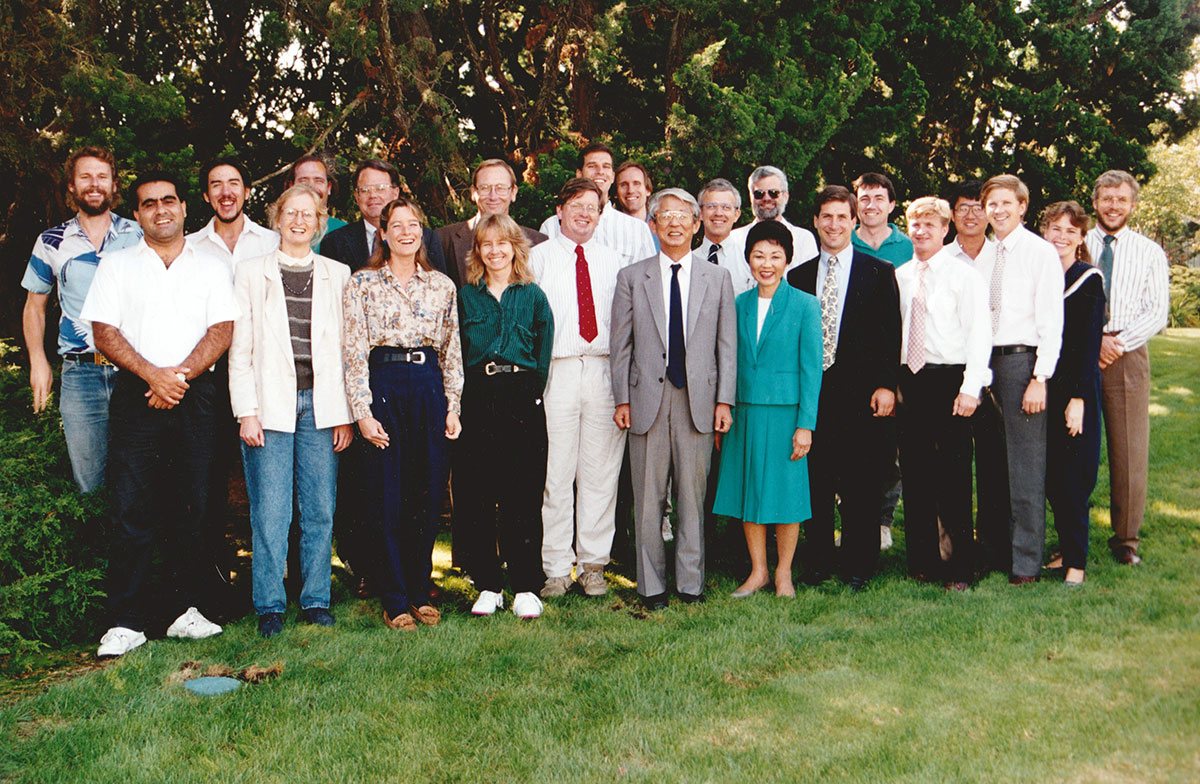 Ohkawa also led GA’s Business Action Team (BAT), which was challenged to take GA-developed technology and use it to find ways to generate new businesses. Among the spinoff companies the BAT fostered was Applied Superconetics. Under Sibly Burnett, it supplied superconducting magnets for NMR, which later became a jointly owned GA/Toshiba company. BAT also developed a railgun technology group under Jim D’Aoust, which would lead to GA’s current Electromagnetic System (EMS) division, which develops power and electromagnetic systems.