Dr. Tihiro Ohkawa was born in 1928 in Kanazawa City, Japan. He was the oldest son of his father, a professor of German literature at the Fourth High School in his hometown, where Tihiro would eventually study. Tihiro was an excellent student, and in his youth, he was interested in becoming a playwright. [AIP Ohkawa interview] But his high school years coincided with World War II, and like all Japanese, Tihiro’s life was heavily influenced by the wartime conditions. When he entered high school, the course of study had changed from pre-war years, putting more focus on science and less on liberal arts. Consequently, young Tihiro found himself studying sciences rather than the humanities he had intended.

Other elements of WWII affected Ohkawa’s life. Toward the end of the war, Japanese factories and laboratories were relocated from urban to rural areas to avoid U.S. bombing. One of the major Japanese science research laboratories, Riken, relocated its nuclear and cosmic-ray facilities from Tokyo to Kanazawa. At the time, the Imperial government was conscripting high school and college students to work in the laboratories and factories to support the war effort.

A group of especially promising students, including Ohkawa, was assigned to the Riken laboratory under the supervision of famed physicist Dr. Yoshio Nishina, who would become known as the father of Japanese nuclear physics. The students helped rebuild the laboratory and were trained by Dr. Nishina and his colleagues. This was the young Ohkawa’s first exposure to physics research, setting him on a path he would follow for the remainder of his life. [Susumu Kamefuchi (high school classmate; nuclear physicist); Takeomi Sakuragi (high school classmate; chemist)] 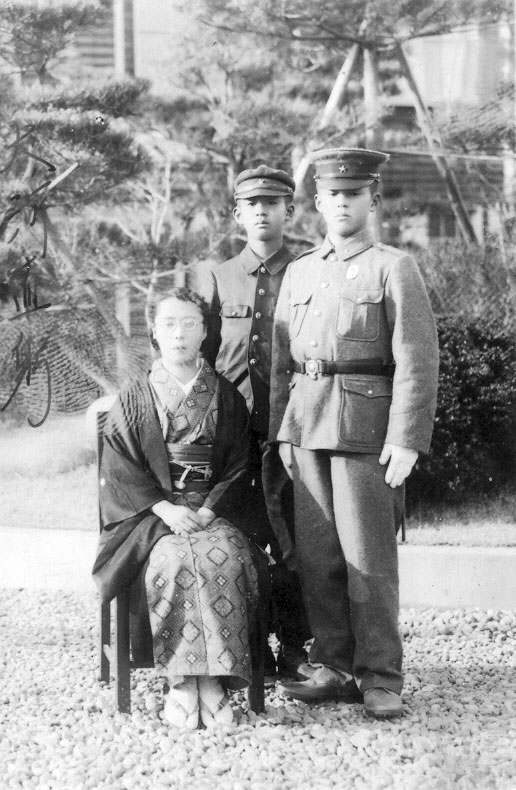 Tihiro (left) with his younger brother and his mother (right). Like many students, Tihiro wore a military style uniform during his high school days. 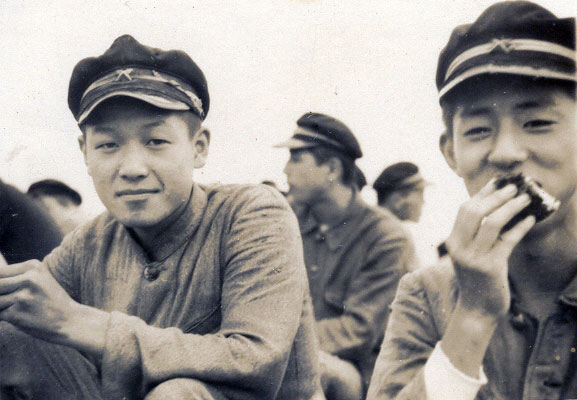 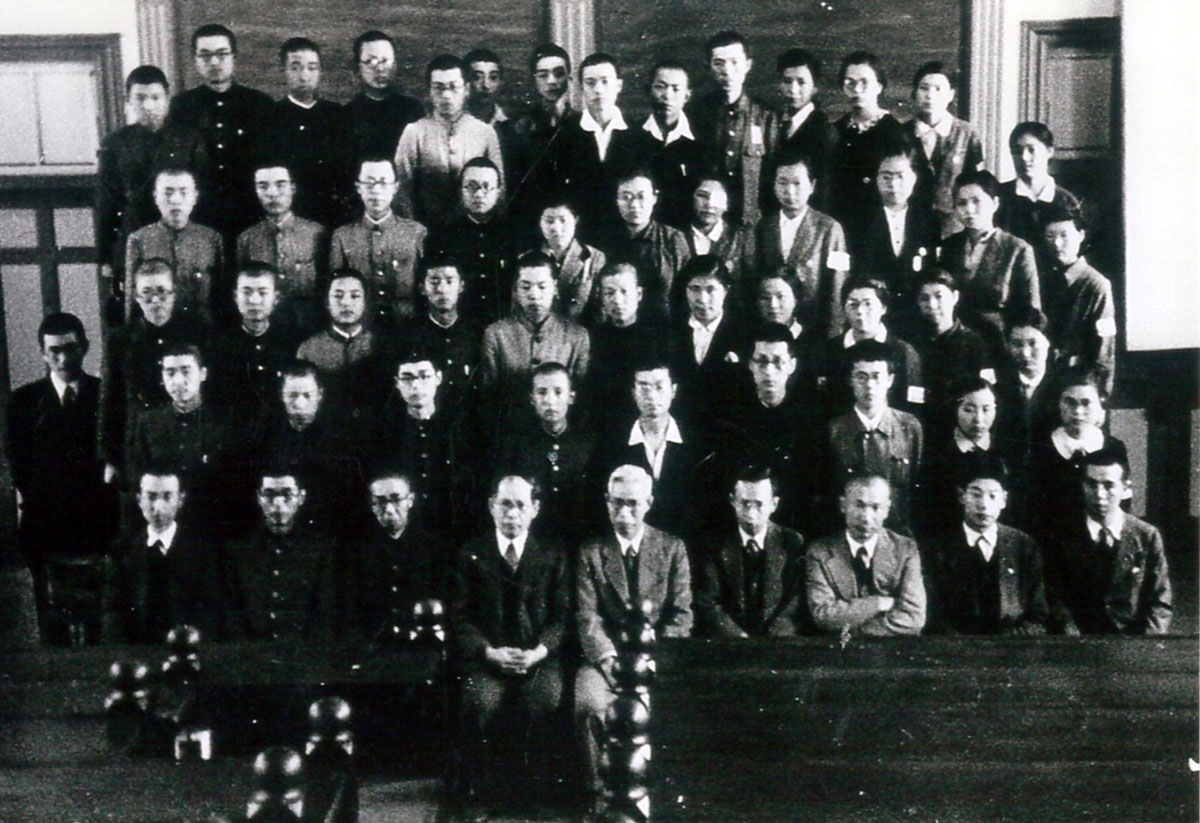