Despite these encouraging early results, multipole devices had one drawback for fusion research: the confined plasma surrounds the magnetic coils (which is why multipoles are also called “internal ring machines”). In the 1950s, Russian fusion researchers developed a different approach, a toroidal magnetic confinement device known as a tokamak, in which the internal coils are replaced with a plasma current. Tokamaks demonstrated the best performance among the fusion plasmas at that time, but had their own limitations. Drawing on this work, Ohkawa proposed a new idea, a plasma-current multipole, or “Doublet.” This innovation, an elongated, non-circular plasma cross section, resulted in a superior fit for a fusion reactor while using a plasma similar to a tokamak plasma.

Ohkawa and GA senior physicist Torkil Jensen conducted a theoretical study showing that a Doublet had the potential to contain a hotter and denser stable plasma than could a circular cross-section tokamak. This discovery influenced the direction of magnetic fusion development around the world.

This work led in 1968 to the development of a tabletop device, Doublet I, which was built and operated with GA internal funding. The device showed that a Doublet-shaped plasma could be created in a plasma chamber surrounded by an hourglass-shaped conductor (copper) shell. 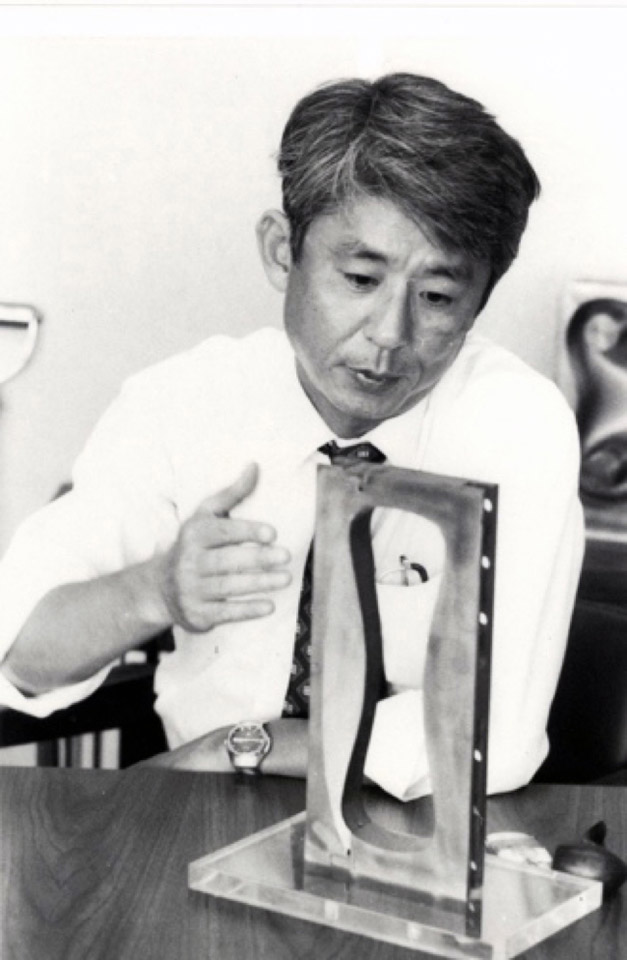 With the proof-of-concept in hand, a larger Doublet II program was proposed in 1969. The project was supported by the AEC and later (after the division of the AEC in 1974) the Energy Research and Development Administration (ERDA). The size of Doublet II was comparable to that of a typical tokamak in those days. The Doublet II program demonstrated its goals during operation from 1972 to 1974, namely that a doublet conﬁguration could be maintained stably for tens of milliseconds with plasma parameters comparable to those achieved in tokamaks with a circular cross section.

The Doublet II early magnetic fusion machine at GA circa 1970s, taking control of plasma to new levels. It was an important scale-up of the Doublet I, proving the concept on a larger scale 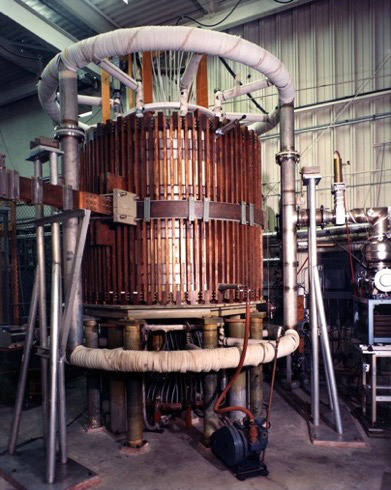 For longer operations with Doublet devices, the copper conducting shell had to be replaced by field-shaping coils surrounding the plasma chamber to control the plasma shape externally. In 1974, the Doublet II was converted into Doublet IIA (DIIA) with shaping coils. With successful operation of Doublet II and IIA, Ohkawa started planning the design of an even larger follow-on machine, the Doublet III (DIII).

During these years of developing and operating the Octopole and Doublet programs under the support of AEC, ERDA, and the Electric Power Research Institute (EPRI), Ohkawa added new scientists to his staff. Among them were Masaji Yoshikawa and Teruo Tamano, who, like Ohkawa, had studied at the University of Tokyo. They were joined by John Gilleland from the University of Michigan and Charlie Baker from the University of Wisconsin. They assisted Ohkawa in the early days of GA programs and helped the later expansion. Ming Chu was a key theorist during the expansion of the Doublet program. Baker recalled that in the lean early days of the GA fusion program, staff meetings could fit into Ohkawa's small office, but within two years, Ohkawa's leadership grew the fusion program to over 200 professionals.

Baker worked on the conceptual design and preliminary work for DIII, the critical test of Ohkawa's Doublet concept. "Its aim was to substantially improve the performance of the tokamak magnetic plasma confinement approach to fusion energy," he recalled. "It’s remarkable that Ohkawa was able to convince the U.S. government and many in the U.S. fusion community to undertake such an ambitious project."

It was here that another facet of Ohkawa’s genius began to show itself. He had learned the importance of attention to political and economic elements of big science projects through his experiences with MURA and the early debates over the Japanese fusion program. Despite his many responsibilities, Ohkawa kept a close eye on other global issues, such as international tensions during the Cold War, the oil shortage and ensuing energy crisis, and the economic growth of Asian countries. So when opportunities arrived, Ohkawa was ready. [AIP Ohkawa interview; Mori Interview; Teruo Tamano; Masana Nishikawa]

"The 1970s were heady times for U.S. fusion,” recalled Steve Dean (Fusion Power Associates and a former associate director of the U.S. fusion program). “The world was in the thralls of an oil shortage and energy crisis. The U.S. fusion budget grew tenfold during the 1970s and Tihiro was one of the national program leaders," 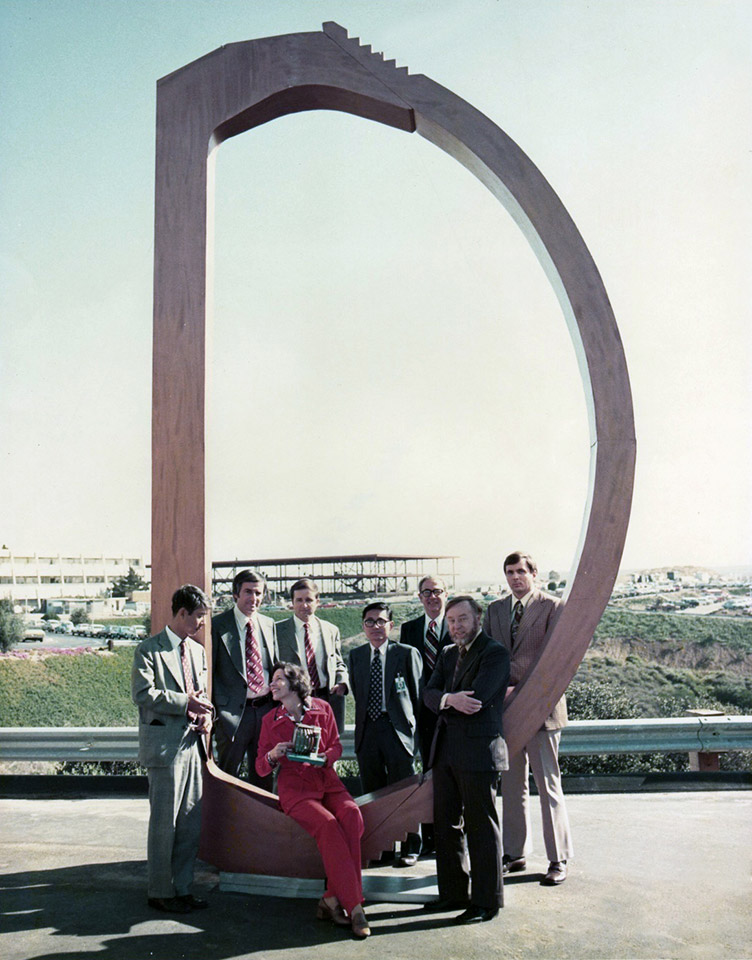 To put this effort into perspective, the linear scale of the DIII experiment was almost three times greater than that of DIIA. Ohkawa wanted the machine to be built right and to last, yet be flexible enough for future modifications and improvements. That meant recruiting experts from accelerator labs and San Diego's thriving aerospace program to guide the design and construction. Among those were Ed Hubbard, Peter Rock, Fred Puhn, Larry Davis, Maurice Sabado, Ken Partain, John Maloney, and many others, who contributed to construction and modification of DIII. Some of them later joined a group that became known as the “Institute,” an initiative that Ohkawa founded to generate and capitalize on particularly innovative ideas (discussed more below). 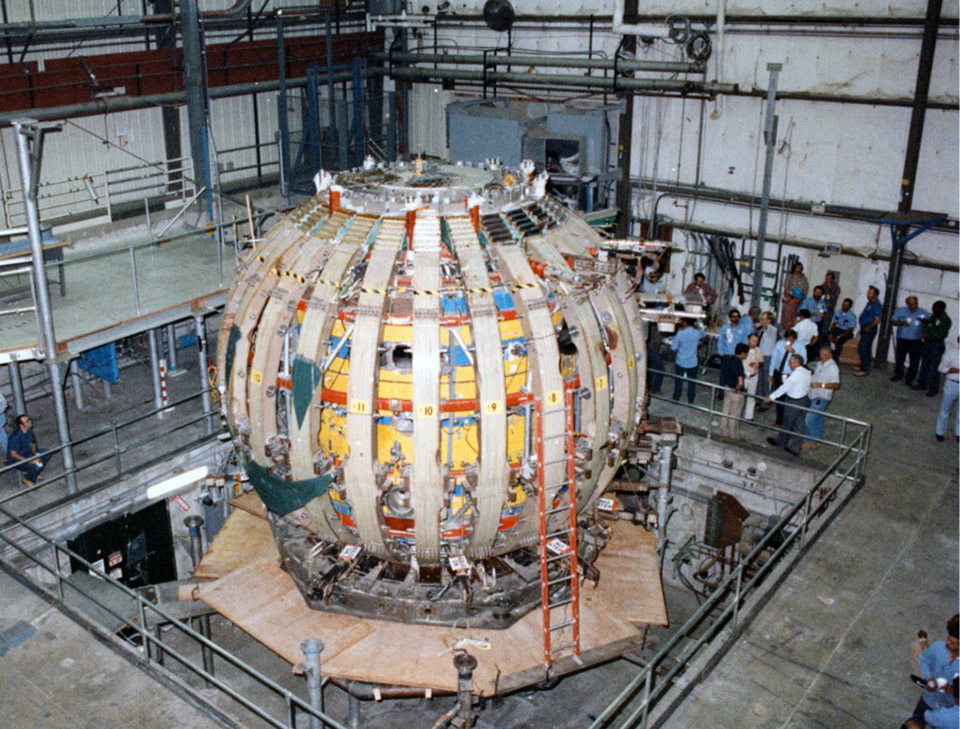 DIII being built in the 1970s, expanding the capacity of plasma control experiments and improving stability of plasma 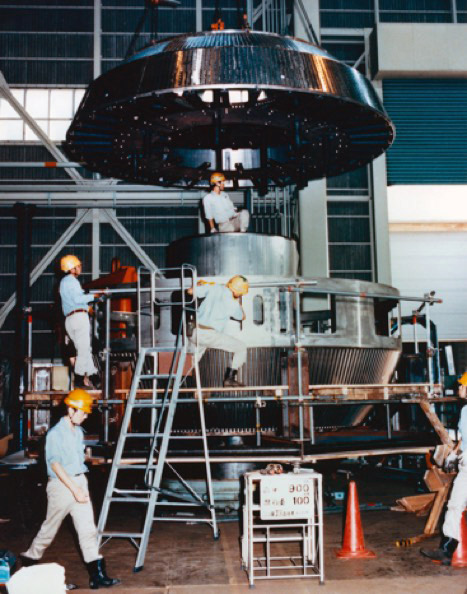 Ming Chu recalled the excitement of watching their perseverance pay off as streams of people constantly went in and came out of Dr. Ohkawa’s office and the GA fusion facility took shape. "I witnessed first-hand vicariously how a vision was turned into the reality. Dr. Ohkawa was truly a builder,” Chu recalls.

Ray Fisher, who joined GA as a scientist in 1971, also recalls Ohkawa’s unique way of expanding the GA fusion program and tells a story about how he took responsibility for the fusion diagnostics group. Later, he became a manager for DIII diagnostics, setting up the DIII organization to enable the U.S.-Japanese collaboration that would prove critical to the project’s success. John Gilleland and another physicist, John Wesley, took the responsibility to build the world’s largest – and the only – major magnetic fusion experiment designed, built, and operated by U.S. industry.

In 1977, Ohkawa was promoted from director to vice president of the GA fusion research program.

Search for the Holy Grail