Though Ohkawa retired from GA in 1994, he did not retire from his pursuit of innovation. He continued with a variety of scientific ventures. One of the first was TOYO Technologies, but he was involved in several other notable ventures.

Ohkawa started the privately funded Archimedes Technology Group with former GA scientist John Gilleland, developing new plasma-based technology to achieve separation of the radioactive components of nuclear waste for disposal. “Their proposal to DOE was favorably reviewed by the scientific community, but government funding was not realized, despite of their technical success,” said Dick Freeman and Bob Miller. 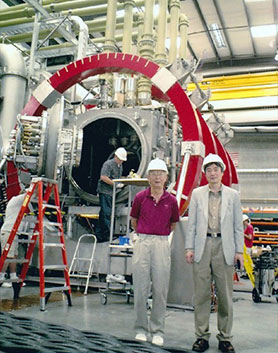 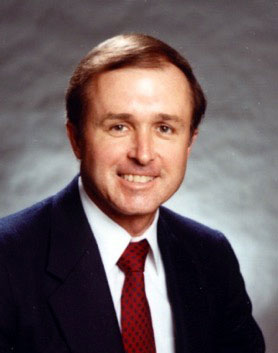 Ohkawa started Nano Fusion Inc. with Masana Nishikawa (SSIL), who worked very closely with Ohkawa until the very last year. [SSIL: Science Solutions International Laboratory, Inc.] With Nano Fusion, “Ohkawa tried to develop microfluidics as production of a small circuit on a microchip by use of semiconductor technology for a micro-chemical plant,” said Masana Nishikawa. “Ohkawa’s idea was trying to develop a new industry in the 21st century by changing the method of fluid-control technology, as in the 20th century, semiconductor industry was developed by changing the technology of controlling electron flow. Fluid characteristics are quite different from what we see daily and some application of technology using these characteristics, such as an osmotic pump has been developed.”

Prototypes of the Electro Osmotic Micro-pump.
Left: A pump with a reservoir (black part) designed for a microchip.
Right: A methanol transfer pump for a portable fuel cell. The pump on the right is approximately 20 mm long.