Meanwhile, another key event in Ohkawa’s life was about to take place a world away in San Diego, California.

In 1956, some 60 of the world’s top nuclear scientists, among them famed physicist Marshall Rosenbluth, gathered at General Atomic (GA) to take up a challenge issued by President Dwight D. Eisenhower: “The pursuit of peaceful uses of atomic energy.” GA was initially a division of General Dynamics, created by its chairman and president John Jay Hopkins. The division was led by former Manhattan Project scientist Frederic de Hoﬀmann, who recruited another Manhattan Project scientist, Edward C. Creutz, to manage the new undertaking. In 1959, they secured a contract from the Texas Atomic Energy Research Foundation (TAERF), a consortium of the state’s utilities, to work on fusion theories and experiments. To manage the new GA fusion program, Creutz hired Donald Kerst, who had by then left MURA and returned teaching at the University of Illinois.

One of Kerst’s first moves was to invite Ohkawa to visit GA on his way back from CERN to the University of Tokyo. Ohkawa recalled that he had no knowledge about the GA fusion group at that time and accepted the invitation simply to visit with his old MURA friend and colleague. But the visit bore unexpected fruit, and when Ohkawa signed on to work at GA with Kerst in 1960, he was not aware that he would be a part of the GA fusion program for the next 34 years and that he would put his inimitable stamp on it. [AIP Ohkawa interview]

For their earliest experiments, Kerst and Ohkawa thought through a variety of devices using magnetic fields to confine a plasma, the highly ionized fourth state of matter. The key consideration was keeping the plasma globally stable, so that the confined plasma would not touch the walls of the device. In 1961, they built a device called a “stabilized toroidal pinch” and demonstrated the possibility of confining a stable plasma for tens of microseconds. 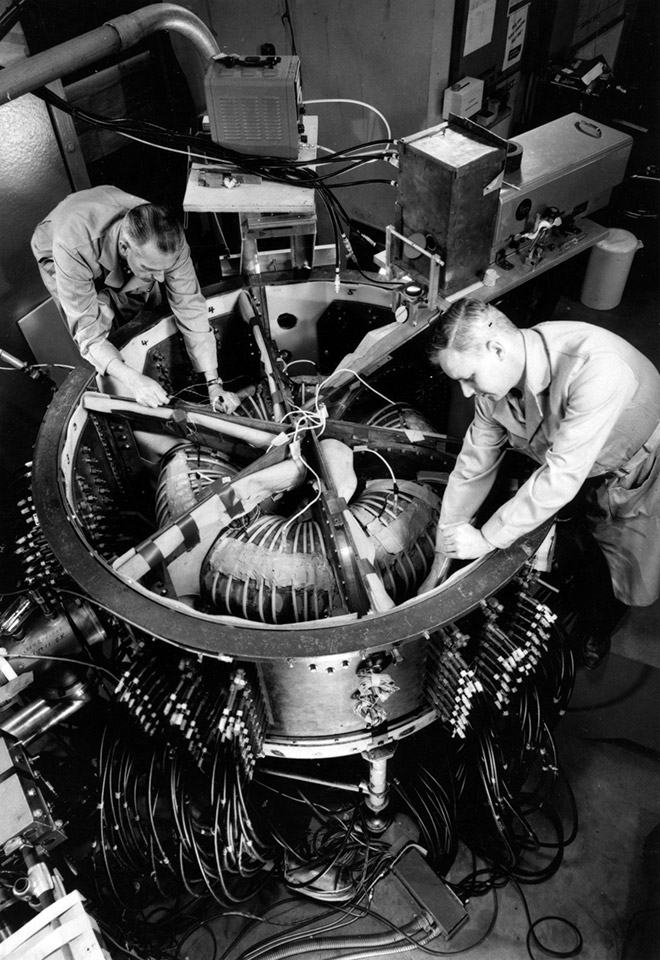 Encouraged by the result, they looked for a confinement device that could contain plasma for a longer period. Around that time, theorists had described a number of micro-instabilities that could cause smaller-scale fluctuations and possibly lead to a loss of confined plasma. So Kerst and Ohkawa explored a variety of magnetic confinement devices, searching for an effective containment system. Ming Chu recalled the early struggles to crack the physics of harnessing fusion energy. "Dr. Ohkawa had many, many ideas: pinches, mirrors, tokamaks, stellerators, multipoles, picket fences, plasma focus, reversed field pinches, field reversed devices and combined confinement concepts." Tamano also remembers one day that Ohkawa took him into a room full of confinement device models, with magnetic fields simulated by wires in glass chambers. [AIP Ohkawa interview]

Their main objective was to demonstrate that plasma could be confined in a magnetic bottle longer than the so-called “Bohm time,” which was then thought by many to be a limit on plasma confinement. Their first breakthrough came with a device called a toroidal multipole, which had its conducting coils situated within the plasma to make it easier to control. In 1961, Ohkawa and Kerst published a landmark paper for the idea, "Multiple Magnetic Field Configurations for Stable Plasma Confinement." 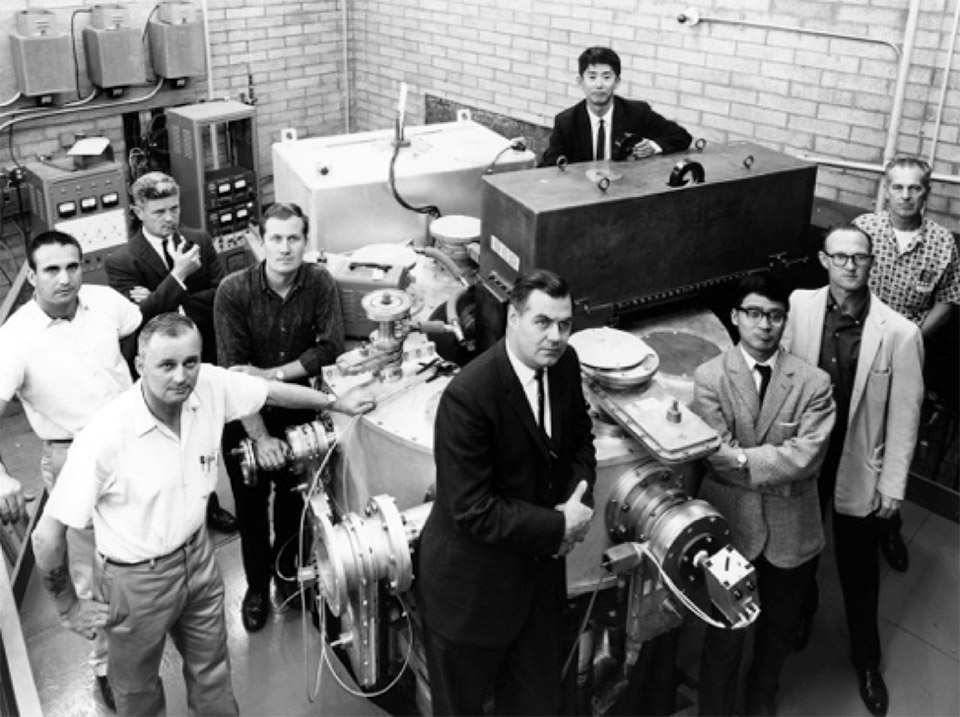 Early GA fusion milestone with Ohkawa, in back, and his research team circa 1960s with the Toroidal Multipole, important because it exceeded the known limits of sustaining energy-producing plasma. Art Schupp (right) and Masaji Yoshikawa (left) are standing in front.

However, these early days of fruitful collaboration between theorists and experimentalists in the university-like atmosphere at GA did not last. Kerst would leave GA for the University of Wisconsin in 1962. By 1965 – despite the initial excitement over the potential for fusion science – TAERF decided to withdraw its funding. The GA group that once numbered more than 70 scientists began to disperse, and by the end of 1967, fewer than a dozen – including Ohkawa – remained. [Steve Dean; Ken Fowler; AIP Ohkawa interview] 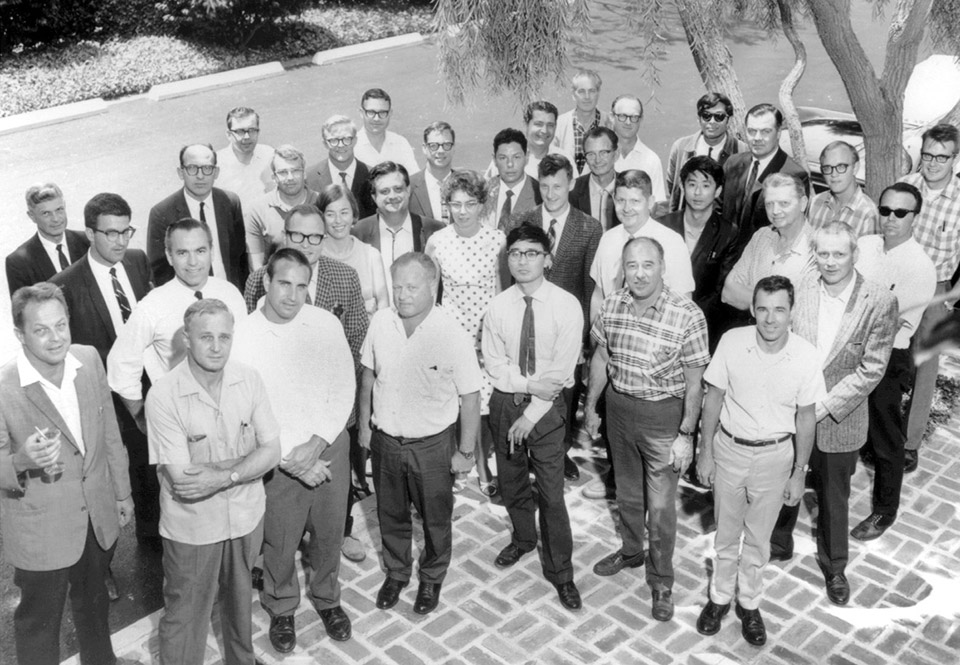 Search for the Holy Grail